The Florida Supreme Court rules that money acquired by a woman after executing a form will should be distributed according to the laws of intestacy because the will did not have a residuary clause. One justice calls the case “a cautionary tale of the potential dangers of . . . drafting a will without legal assistance.” Aldrich v. Basile (Fla., No. SC11-2147, March 27, 2014). 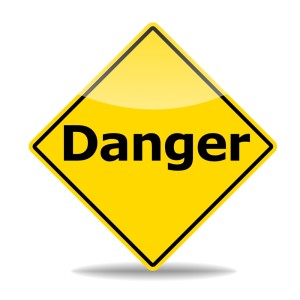 You May Be In Over Your Head!

Ann Aldrich wrote her will using an “E-Z Legal Form.” She listed several possessions and bank accounts that she intended to go to her sister unless her sister predeceased her, in which case they were to go to her brother, James Aldrich. Her sister died before her, leaving her with additional money and property, but Ms. Aldrich never revised her will. She attempted to write a codicil to the will that gave all her possessions to her brother, but the codicil was not witnessed by impartial witnesses and was not a legal document.

After Ms. Aldrich died, her brother asked the court to determine who would inherit the property Ms. Aldrich received after she wrote the will. Her brother argued he was entitled to all her property, but her nieces from a predeceased brother argued the property should pass intestate. The trial court ruled for Mr. Aldrich based on a state law that provided that a will shall be construed to pass all property that the testator owned at death. The appeals court reversed, and Mr. Aldrich appealed.

The Florida Supreme Court affirms, holding that the after-acquired property would have to pass by intestacy because there was no residuary clause or general bequests that could include the inherited property. According to the court, the will was clear that the property listed was to go to Ms. Aldrich’s brother, but it did not say anything about property acquired after the will was written. One judge concurred, noting that the case was “a cautionary tale of the potential dangers of utilizing pre-printed forms and drafting a will without legal assistance.”

The cost of having an attorney prepare a will is pretty reasonable these days. Don’t risk your legacy.